A family trip to the theatre is such a Christmas tradition, isn’t it?  For us it’s very much a part of our family Christmas and it plays a key role in the build-up to the big day.  I do like to mix it up a bit though, our Christmas theatre trip isn’t always a traditional pantomime – so when Nottingham Lakeside Arts invited us to see Neverland we booked up straight away.

Neverland is a brand new musical production aimed at families, inspired by J. M. Barrie’s classic story Peter Pan.  Set in a little corner of south London, Neverland introduces you to Wendy and her father, Mr Darling. On an unforgettable evening at Mr Darling’s house they meet an orphan called Peter who takes them on an awfully big adventure to Neverland – where they encounter the lost boys, pirates, mermaids and fairies as they are swept up in the magic of Peter’s world. 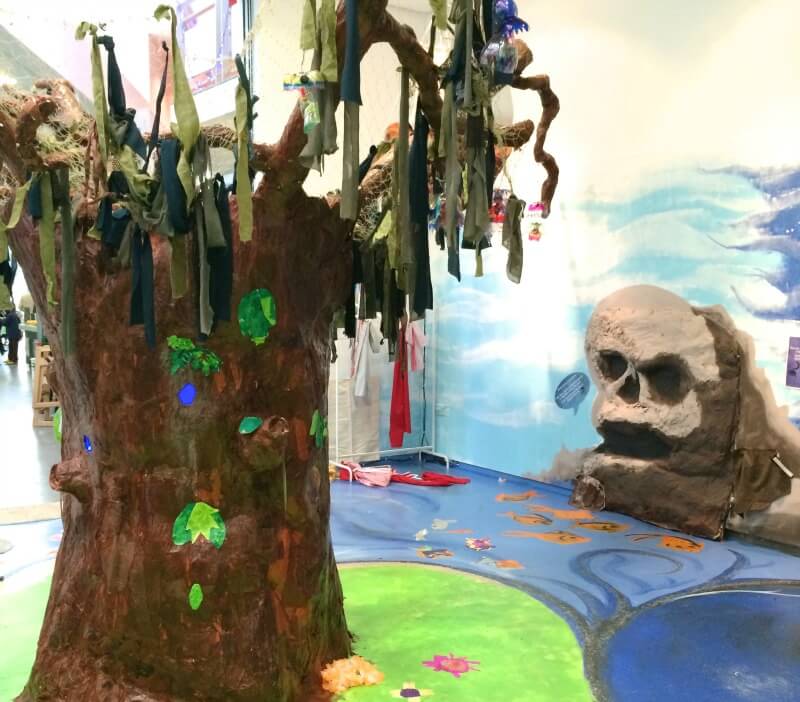 It’s not just the production itself that transports you to the magical world of Peter Pan; as soon as we arrived at Lakeside the adventure began.  The Wallner Gallery has been transformed into a mini Neverland for children to explore, including Wendy’s bedroom, the mermaid lagoon and an amazing interactive magic tree.  We weren’t expecting any of this so it was a fantastic extra surprise for the kids – and such a good idea to start transporting them into the world of the show before it even began. 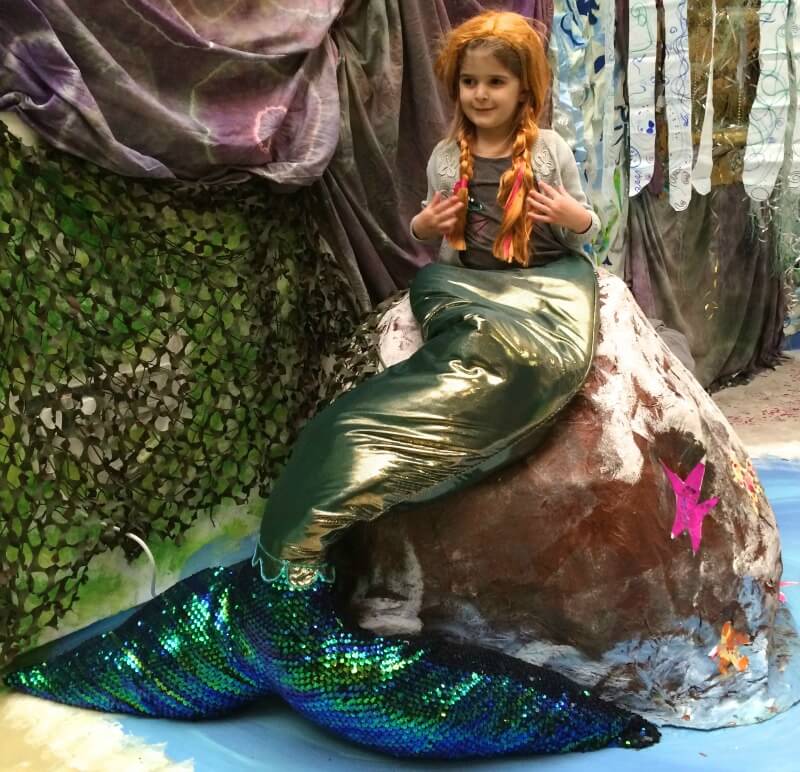 I’m not going to give too much away about the show, but it really does immerse you in a magical make-believe world, where the only limit is your imagination.  There is a strong theme of treasuring childhood and all the freedom it brings; I loved the light-hearted way this message was put across through catchy songs, music and jokes. 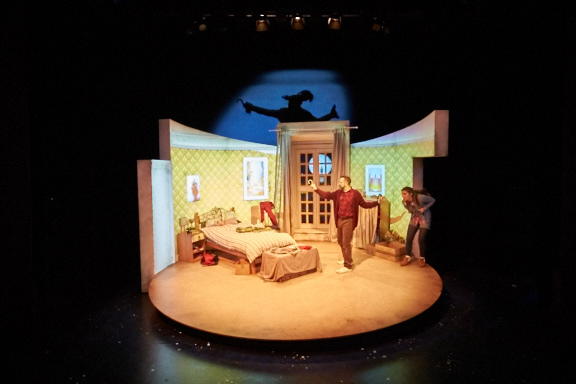 The show has some wonderful sleight of hand and really stunning digital projection too, both of which had the whole audience entranced.  With a running time of just under an hour I think Neverland is a good length for younger children, which is not always the case with a family show.  Lily who is four years old was completely absorbed for the whole time. 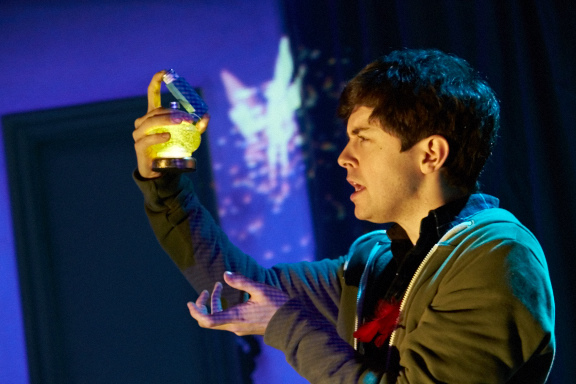 We absolutely loved Neverland.  The adventure starts from the moment you enter the building, making it more than just a trip to the theatre: it’s magical, imaginative, captivating and funny, with something for all ages.  If you’re thinking about taking the kids to a Christmas show I’d put this one at the top of your list.

Neverland is at Lakeside from 4th – 31st December.  To book tickets visit www.lakesidearts.org.uk or call the Lakeside Box Office on 0115 846 7777.

We were provided with complimentary tickets to Neverland, all comments and opinions are honest and genuine. 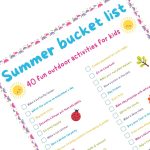 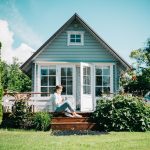