This is a review post in collaboration with Envii

I do love this time of year, when all those days of warm weather are paying off in the veg patch. We’re enjoying a particularly bumper harvest of tomatoes this year, having spent a few months using Envii’s Maximato organic tomato fertiliser.

Envii specialise in unique premium quality garden, pond and home products that are environmentally friendly. Maximato is an organic tomato fertiliser that uses beneficial bacteria to encourage strong growth and increased crop yield of up to 50%. Maximato also helps to build resilience in plants, and can prevent diseases such as blossom end rot.

The bacteria in Maximato colonise the plant’s roots, helping to protect them and improve their nutrient intake. The plant is unable to reject the bacteria (which isn’t the case with your usual nutrient-based fertiliser), so the bacteria stay on the roots doing their job for the life of the plant.

In their tests, the team behind Maximato found that it increased crop yield by up to 50% when tested against a seaweed fertiliser. They also found Maximato improved the size and flavour of the tomatoes. So, they asked me to run a comparison trial to see if I got similar results.

I’ve been growing three tomato plants, and treating each one with different feeds. All three plants are the same variety – Gardener’s Delight – and were bought from the garden centre at the same time, so they started out as pretty much identical plants.

I’ve also kept all three plants in the same location throughout the trial, so the only variable has been the feed. For all treatments I have been following the manufacturer’s instructions on dosage and frequency.

This is what each plant has been fed:

You only need to apply Maximato to your plants twice; once when the first three leaves have developed, and again two weeks later. The handy dosing bottle makes it really easy, you just apply the feed at the base of the plants and wash into the soil with 50ml of water.

After this, you can use a nutrient-based fertiliser, such as Envii’s Seafeed Xtra, throughout the growing season.

I’ve been taking pictures every two weeks, so we can see all three plants at regular intervals.

It’s very clear here that both plants fed with Envii products have got off to a roaring start, with lovely healthy foliage.

After four weeks, the Maximato plant is noticeably bigger.

After six weeks, we’re still seeing that growth difference. The plants are beginning to flower, and it looks like the Maximato plant is going to be the winner here too.

After eight weeks, the Maximato plant is still the biggest, and the first tomatoes are starting to appear. The other two plants – particularly the one fed with the alternative generic feed – are more foliage-heavy, but the Maximato plant looks to have the most flowers.

A couple of weeks later, and we were eagerly waiting for the first fruit to ripen!

As we’ve been picking tomatoes over the summer, I’ve been keeping a record of the number and weight of fruits each plant has produced. We’ve just finished harvesting the last of the tomatoes this week, so it’s time to take a look at the trial’s results.

As you can see, there’s a very clear winner!

When it comes to weight, the Maximato plant also produced bigger tomatoes on average. I didn’t get very scientific here, but as you can see from the table, the average weight per tomato is highest for the Maximato plant. I did take a photo of a typical fruit from each plant, which backs this up:

Taste-wise, we’ve found that the tomatoes from all three plants taste the same. Gardener’s Delight is a real favourite of mine, it’s such a reliable cherry-style variety and produces really tasty fruits.

Maximato has definitely lived up to the claims in my experience. You can see from the images how it encouraged strong growth and produced a healthy plant, and the crop yield was significantly higher.

If you’re looking to get the best out of your tomato plants, Maximato is well worth a try. I think it’s a particularly great option if you’ve only got room for one or two plants, as you can increase your harvest without additional growing space. I love the fact that an organic product produces such great results too!

Will you be giving Maximato a try on your tomatoes next season?

I was provided with a 500ml bottle of Maximato and a 1 litre bottle of Seafeed Xtra for the purposes of this trial. All comments and opinions are honest and genuine. 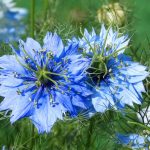 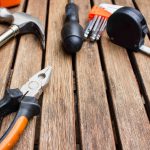 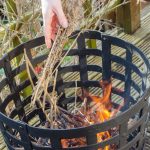 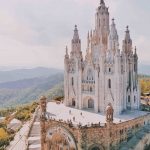 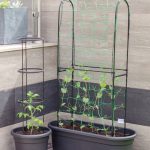 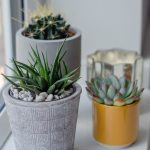 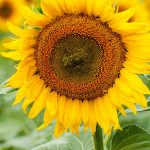 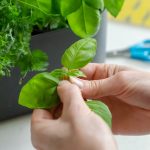