Are you searching for the perfect waterfall quotes, or a waterfall caption for your photos? You’re in the right place!

This list of 100 quotes about falls, waterfall captions and waterfall puns will get you thinking, inspire you, and hopefully make you smile.

The power and beauty of waterfalls

When it comes to natural wonders, waterfalls are right up there for wow factor. As well as being absolutely stunning to look at, they can give us perspective on the power of nature and our own place in the world. If you’ve ever stood in front of a rushing waterfall and felt humbled, you’ll know exactly what I mean.

Waterfalls really are one of the most incredible natural phenomenons – it’s no wonder so many people have been inspired to write about them!

The best waterfall quotes and waterfall captions for instagram

Whether you’re looking for waterfall quotes that inspire you, a waterfall caption for your photos on social media, or just want to enjoy a gorgeous quote about waterfalls, this is the ideal resource.

I’ve rounded up 100 brilliant falls quotes and waterfall captions, making it super-easy for you to find the right words.

Don’t forget to bookmark this post and give yourself easy access to inspiring waterfall quotes for your pictures and social media posts. It’s a brilliant reference for your daily dose of the power of nature too!

If you’re using waterfall captions for instagram, you can also take a look at my nature hashtags copy & paste lists – there are lists for all types of nature pictures which will save you lots of time.

“As long as I live, I’ll hear waterfalls and birds and winds sing.” – John Muir

“I can see my rainbow calling me through the misty breeze of my waterfall.” – Jimi Hendrix

“Above them, a waterfall tumbled from a clifftop as high as a church steeple. The water fell in milky blue strands, shooting spray in the air that danced in rainbows of gold, pink, and blue.” – Martine Bailey

“A waterfall cannot be silent, just as wisdom. When they speak, the voice of power speaks.” – Mehmet Murat Ildan

“There is a waterfall in every dream. Cool and crystal clear, it falls gently on the sleeper, cleansing the mind and soothing the soul.” – Virginia Alison

“She dares me to pour myself out like a living waterfall. She dares me to enter the soul that is more than my own; she extinguishes fear in mere seconds. She lets light come through.” – Virginia Woolf

“I keep my gratitude in my smile, a glistening waterfall in the sun.” – Sanober Khan

“My desert soul erupts with turquoise water, floods and cascades and waterfalls rushing in around my rocky parts, pushing and reshaping and filling every hidden dark spot.” – Kiersten White

“The water tells none of its secrets.” – Nikos Engonopoulos

“We made our way to the very edge of the cliff and looked down. We could hear the water dashing, splashing, and roaring as if angry at the small space through which it was forced to pass.” – Sallie Hester

“Young leaves, the sound of a waterfall, heard from far and near.” – Yosa Buson

“Look with open eyes, and you will see the beauty of the waterfall.” – Anthony T Hincks

“Grace is finding a waterfall when you were only looking for a stream.” – Vanessa Hunt

“It is life, I think, to watch the water. A man can learn so many things.” – Nicholas Sparks

“Tell your dream to the waterfall.” – Sellâle

“Look for yourself in the waterfall – still for just a moment before moving on again.” – Unknown

“The vast waterfall of history pours down, and a few obituarists fill teacups with the stories.” – Marilyn Johnson

“The power of a waterfall is nothing but a lot of drips working together.” – Unknown

“Just as a waterfall grows slower and more lightly suspended as it plunges down, so the great man of action tends to act with greater calmness than his tempestuous desires prior to the deed would lead one to expect.” – Friedrich Nietzsche

“Great things are over every fall and around every bend.” – Unknown

“A very wise quote is a spectacular waterfall! When you see it, you feel its power!” – Mehmet Murat Ildan

“Life is like a waterfall. It is always moving and there is always an uneven flow to it.” – Unknown

“A waterfall is concerned only with being itself, not with doing something it considers waterfall-like.” – Vernon Howard

“Be soft in your practice. Think of the method as a fine silvery stream, not a raging waterfall.” – Sheng-yen

“When you’re young, there’s so much that you can’t take in. It’s pouring over you like a waterfall. When you’re older, it’s less intense, but you’re able to reach out and drink it. I love being older.” – Sigourney Weaver

“Water is the most perfect traveller because when it travels it becomes the path itself!” – Mehmet Murat Ildan

“I love you like a river that understands that it must learn to flow differently over waterfalls and to rest in the shallows.” – Paulo Coelho

“Waterfalls are exciting because they have power, they have rainbows, they have songs, and they have boldness and craziness.” – Mehmet Murat Ildan

“All anyone can hope is just a tiny bit of love, like a drop in a cup if you can get it, or a waterfall, a flood, if you can get that too.” – Edwidge Danticat

Quotes on waterfalls for times of need

“Many a calm river begins as a turbulent waterfall, yet none hurtles and foams all the way to the sea.” – Mikhail Lermontov

“Grace be the waterfall in the wild of my mind.” – Morgan Harper Nichols

“Sometimes, it’s hard to tell how fast the current’s moving until you’re headed over a waterfall.” – Kimberly McCreight

“Not all falls are failures. Some are a way back home.” – Unknown

“Waterfalls wouldn’t sound so melodious if there were no rocks in their way.” – Rishabh Gautam

“There is a hidden message in every waterfall. It says, if you are flexible, falling will not hurt you.” – Mehmet Murat Ildan

“Do not feel sad for your tears, as rocks never regret the waterfalls.” – Munia Khan

“There’s hope at the bottom of the biggest waterfall.” – Patrick Ness

“Lessons from a waterfall – keep moving, and you will eventually get over it.” – Unknown

“Go with the flow. Force nothing. Let it happen – trusting that whichever way it goes. It’s for the best.” – Mandy Hale

“Another way to look at meditation is to view thinking itself as a waterfall, a cascading of thought. In cultivating mindfulness, we are going beyond or behind our thinking, much the way you might find a vantage point in a cave or depression in the rock behind a waterfall. We still see and hear the water, but we are out of the torrent.” – Jon Kabat-Zinn

“Mist to mist drops to drops. For water thou art, and unto water shalt thou return.” – Kamand Kojouri

“Experiencing the present purely is being empty and hollow; you catch grace as a man fills his cup under a waterfall.” – Annie Dillard

“When I was walking in the mountains with the Japanese man and began to hear the water, he said, ‘What is the sound of the waterfall?’ ‘Silence,’ he finally told me.” – Jack Gilbert

“There’s nobody living who couldn’t stand all afternoon in front of a waterfall.” – Agnes Martin

“With meditation, I found a ledge above the waterfall of my thoughts.” – Mary Pipher

“In America, one sure sign of success is the presence of an unnecessary waterfall in a person’s yard.” – Demetri Martin

“Romance often begins by a splashing waterfall and ends over a leaky sink.” – Ellen DeGeneres

I just heard a joke about a waterfall. It was a pour joke.

What’s the opposite of a waterfall?  A firefly.

I saw an advert that said Niagara Falls was the tallest waterfall in the world.  Turns out it was falls advertising.

Why did the fish swim off the waterfall?  For the halibut.

Why do hot air balloons use burners and not steam?  Because fireflies and waterfalls.

What happens when water trips over?  Waterfalls.

What do you call a waterfall that’s dried up?  A waterfell.

“Water is the driver of nature.” – Leonardo Da Vinci

“Look for tomorrow behind every waterfall.” – Unknown

“The waterfall winks at every passerby.”  – Marty Rubin

“Run wild and free like a waterfall” ― Anamika Mishra

“She’ll carry on through it all. She’s a waterfall.” – Ian Brown

“Our lives flow like water in a waterfall.” – Unknown

“Where water is the boss and the land must obey.”  – Unknown

“The waterfall is nature’s laughter.” – Unknown

“For an instant, silence, noisier than a waterfall.”  – Salman  Rushdie

“The waterfall falls but shamelessly and joyfully.” – Unknown

“Your love is like a waterfall, running wild and free.”  – Chris Tomlin

“Every teardrop is a waterfall.” – Chris Martin

“They say that people who live next to waterfalls don’t hear the water.” – Jonathan Safran Foer

Sorry, TLC. I chased the waterfall.

This view is gorges!

Falling for the falls

Letting my troubles fall away

I would fall-ow you to the ends of the Earth

The water is calling and I must go.

It’s all water over the falls

I’m falling for you

Going with the flow

I would caption this with a waterfall pun, but that’s too mainstream.

Tell me your favourite waterfall quote!

I hope you’ve found these waterfall quotes, waterfall captions and waterfall puns uplifting, amusing, and useful. Perhaps they’ve even inspired your next nature adventure? I’d love to hear about your favourite falls quotes – tell me about them in the comments 🙂

I’ve got a whole host of other nature-themed quotes in my posts on nature quotes and nature captions, flower quotes, gardening quotes and tree quotes.

You might also like my nature-inspired jokes and puns series. These are great for a giggle, and also make ideal light-hearted captions for your nature pictures on social media. The series includes flower jokes, garden jokes, tree jokes, bee jokes, bird jokes, fruit jokes and pumpkin jokes (this last one is perfect for Halloween fun).

If you love exploring nature with the kids, my book ‘A Year of Nature Craft & Play’ is filled with 52 fun, low-cost nature activities, games and crafts.

You can also check out the nature and craft sections of the blog for lots of ideas on exploring and enjoying nature.

And finally, here’s a video full of amazing footage of ten of the world’s most beautiful waterfalls:

If you’ve enjoyed this post and found it useful, here are some ways you can say thanks and support Growing Family: 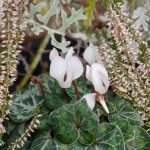 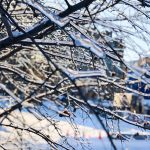 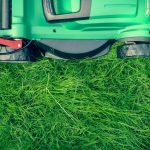 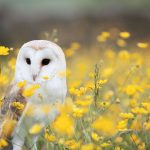 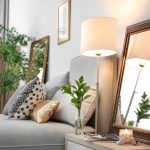 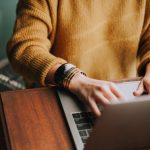 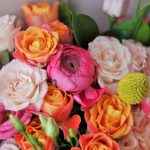 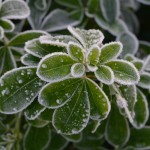 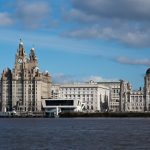 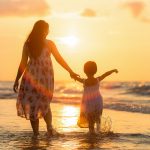 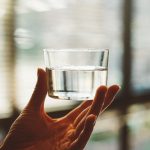